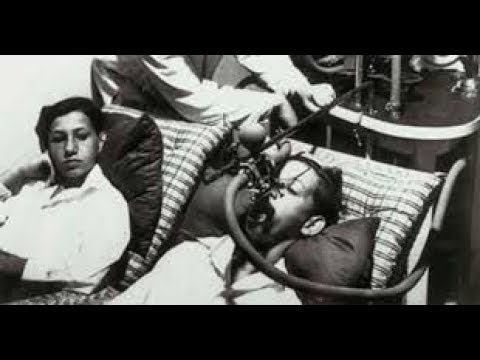 Top 5 US Government Experiments Done On Its Own Citizens

5. In Operation Paperclip, the US raced against the Soviet Union to attain as many Nazi scientists as possible before an impending war. The many advances German scientists had made, including synthetic rubber and much more, led to them being the most sought-after researchers. If the US could employ these scientists, they could use their intelligence to develop many more advancements, ensuring national security if the Cold War were to escalate into another world war against the Soviets.The US paid the Nazi scientists to work for the government, providing them with immunity from prosecution for their offenses following World War II. This immunity allowed them to escape jail and possibly execution. The US government also offered to care for the scientists’ families if they agreed to work for them. Originally, only rocket scientists were wanted, but the US eventually employed up to 1,600 Nazis until 1990.[6] These actions were highly illegal and remained extreme government secrets for many years.

4. In September 1950, the US Army was involved in a secretive experiment to test the possibility of biological warfare near the West Coast. They did so by releasing biological weapons into the streets of San Francisco to test their effects. They released a type of bacteria to gain information on how it would affect the population. This was done without the citizens’ consent. By the end of Operation Sea-Spray, six different biological warfare tests had been performed on the residents of San Francisco. These releases killed many people and hurt several more. The government then concluded that it is very likely for a coastal city to be affected by such warfare. One of the many deaths caused by this experiment was Edward Nevin. He died after bacteria from the government testing spread from his urinary tract to his heart. Other cases soon followed him, but many were cured after long, tortuous hospital stays.[7]

2. The extremely shocking Willowbrook experiments were aimed at discovering a cure for hepatitis. The continuous study lasted from 1956 to 1970. The subjects were taken from Willowbrook State School, which is located in Staten Island, New York. They were mentally handicapped children.The series of tests involved injecting the children with experimental drugs that were meant to cure hepatitis. Not only were the children unable to provide consent, but they would often die from the treatments. When questioned about their actions, officials justified themselves by stating that hepatitis was prevalent in the institution, and nearly all patients would become infected anyway. The children who did not contract the disease naturally were infected by the administrators to carry on the experiment.

1. Experiments involving the measles vaccine were conducted from 1990 to 1991 by the Centers for Disease Control. The doctors wanted to know if they could use it to replace natural antibodies in babies. To test this, doctors injected thousands of babies in the Third World with the drug. The vaccine eventually led to several immune problems in the babies and caused many deaths, although the exact number is unknown.Knowing the drug had this effect, the government still tested on African American and Hispanic babies in Los Angeles. They injected more than 1,500 babies in the United States with the experimental drug. However, the study came to an end when it was discovered that African children were dying at an alarming rate up to three years after receiving the vaccinations.

10 World Leaders Assassinated By The US Government

Top Ten Ways Humans May Cause Their Own Extinction

10 CREEPY Ways The Government Is Spying On You