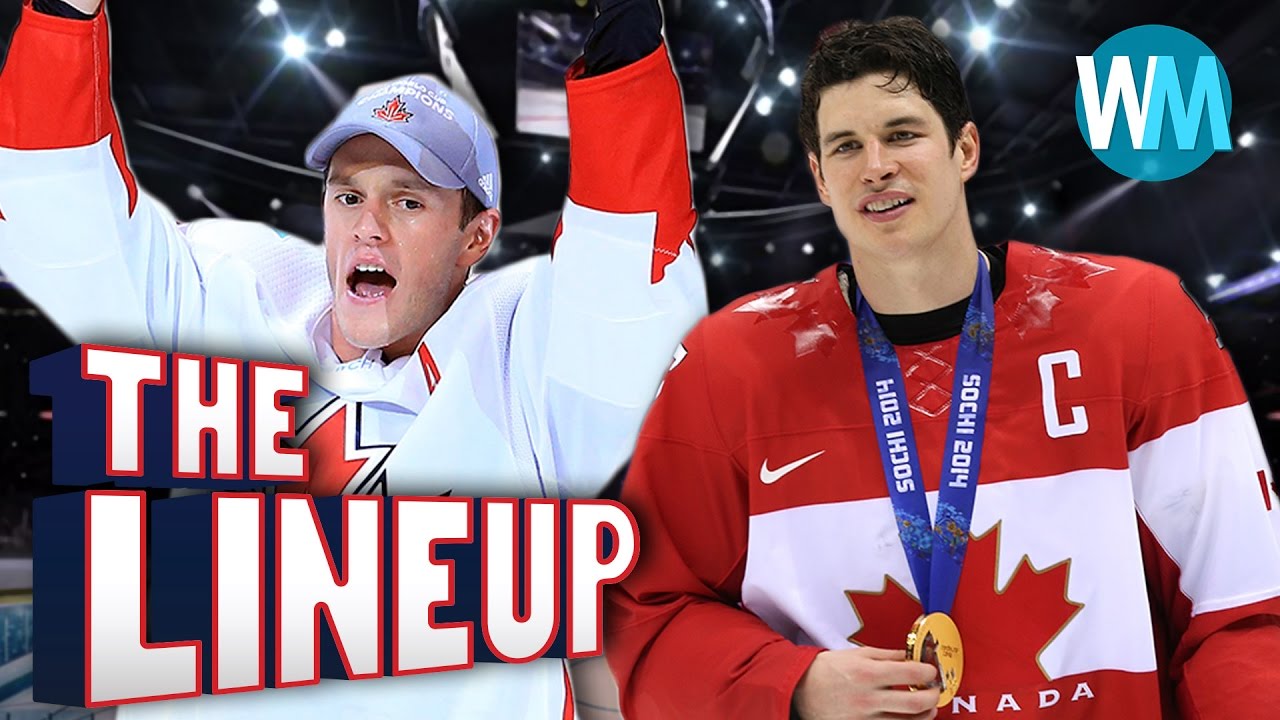 Top 10 Greatest Team Canada Players of All Time – The Lineup Ep. 9 Subscribe:
Welcome to The Lineup, the only game show with a zamboni crew! On this episode our guests compete to complete the best Top 10 list of the Greatest Team Canada Players of All Time. HOCKEY. It’s Canada’s Game (the 2015-2016 NHL season was actually the first time that Canadians didn’t comprise at least 50% of the players in the league) so it’s no wonder that Team Canada has historically dominated international competitive hockey. Who’ll make appearances? Larry Robinson? Bendan Shanahan? Jonathan Toews? Mike Bossy? Martin Brodeur Wayne Gretzky? Guy LaFleur? Joe Sakic? Mark Messier? Bobby Orr? With such a Legendary pool of talent to draw on, establishing the 10 best Team Canada players of all time might be a tall order, but that’s exactly what our teams intend to do on this episode of the The Lineup.

Tell us in the comments which team you thought created the better list!
Want to tell us your favourites? Use the Suggest Tool on WatchMojo.com, here:

Photographs courtesy of Getty Images.
Our Magazine!! Learn the inner workings of WatchMojo and meet the voices behind the videos, articles by our specialists from gaming, film, tv, anime and more. VIEW INSTANTLY:

Top 10 Underrated NHL Players of All Time – The Lineup Ep. 2

Top 10 Greatest NHL Playmakers of All Time – The Lineup Ep. 5

Top 10 Greatest NHL Defensemen of All Time – The LineUp Ep. 18

Sidney Crosby vs. Alex Ovechkin: Who Has the Edge?

Top 10 Greatest Hoaxes Of All Time