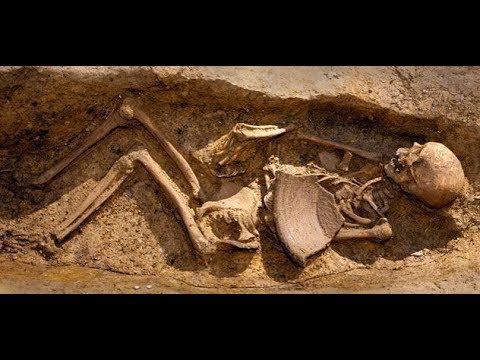 1. For almost 700 years, the death of Italian nobleman Cangrande della Scalla was considered accidental. However, in 2004, a modern autopsy confirmed long-held suspicions that he had, in fact, been poisoned. Of course, this begged the question: Who killed him?Part of the ruling family of Verona, Cangrande first served in the military during the Guelph-Ghibelline Wars. He became sole ruler in 1311 and conquered several nearby city-states. In 1329, after multiple campaigns, Cangrande finally took control of Treviso. During his state entry, he fell ill, took to bed, and died a few days later.Contemporary accounts said that Cangrande became ill after drinking from a polluted spring.

2. On October 13, 1913, Mary Speir Gunn was sitting in front of the fire along with her sister and her husband, Jessie and Alexander McLaren, in their cottage outside Portencross, Scotland. Suddenly, gunshots started ringing out, and bullets came flying through the window. All three were hit, but Alexander and his wife recovered from their injuries. Mary was killed instantly with a shot to the heart.Initially, authorities believed that Alexander McLaren was the intended target. The first shots went through his chair and missed him by inches.[9] He had just retired from farming and had sold his livestock at auction.

3. On the evening of September 14, 1954, 21-year-old Jean Mary Townsend was returning to her home in the London suburb of Ruislip from a party in the West End. She was last seen leaving South Ruislip Station at around midnight, and her body was found the next day, strangled with her own scarf. There were no signs of sexual assault, even though Jean’s shoes and stockings were removed and subsequently found nearby with her handbag.The case started out with a few good leads. A man working at the US embassy came forward saying he chased away a “Peeping Tom” a few days prior. A woman who lived close to the murder scene claimed she heard a woman’s scream that night and, shortly after, two men arguing, one with an American accent.

4. The 150-year-old murder of US Civil War hero George “Colvos” Colvocoresses still puzzles historians and amateur sleuths to this day. The Greek-American first came to prominence as captain of the USS Saratoga during the war. He retired in 1867 and was gunned down on Clinton Street in Bridgeport, Connecticut, five years later. Colvocoresses was traveling to New York and had with him $8,000 cash inside a leather satchel as well as a bamboo sword cane. He was shot once in the left side of the chest, close enough for the gunpowder to set his shirt on fire.

5. The violent murder of 22-year-old Betty Shanks rocked Australia in 1952. Betty’s brutally beaten body was found in a garden in a suburb of Brisbane on the morning of September 20. Her death sparked the biggest criminal investigation in the history of Queensland, but all efforts proved fruitless. Today, it still remains the oldest unsolved murder in Brisbane.Police only had one solid lead to go on: the description from a taxi driver of a man he saw jump a fence toward the scene of the crime at 10:30 PM and then come back three hours later. Investigators interviewed dozens of suspects and even obtained a few confessions, but all of them proved to be false.

Top 10 Artworks Made Of Humans